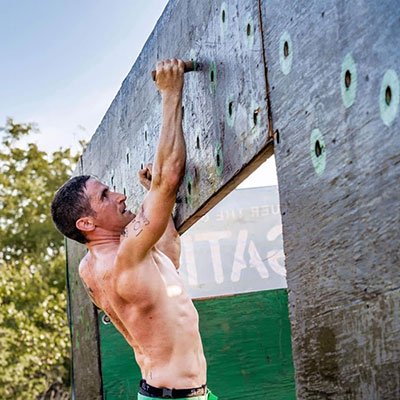 Don’t get too excited, this isn’t another Ultra-OCR fundraising stunt I’m planning, it is an examination of Malcolm Gladwell’s 10,000 hour rule and how it relates to Obstacle Course Racing (OCR).  If you aren’t familiar with his work, he believes that in order to achieve mastery in a given subject whether that be sports, music or anything else it requires an average of 10,000 hours of practice.

Critics will point out examples of where elite performances don’t require that amount of practice.  However, his theory states it requires “on average 10,000 hours of deliberate practice.”  This is the average number of hours of practice so there will be people who fall both above and below the 10,000 hours to mastery rule.  Like all things in my life, I like to take a concept and see how it can be applied to OCR.

Here are three lessons we can learn from the 10,000 hour rule as it applies to OCR. 1. OCR Athletes will continue to get better

Jonathan Albon’s ongoing half decade plus reign at OCR World Championships is legendary.  Likewise, Ryan Atkin’s undefeated Ultra-OCR streak stretching back to 2013 is epic.  However, both of them found OCR well into their athletic careers.  We are just starting to see athletes like Spartan Pro Veejay Jones who are getting involved in OCR at an age much younger than the two previously most dominant athletes in OCR’s short history.

While Albon and Atkins will always be legends in the sport even if they never won another race, I think we are going to continue to see more impressive performances from the younger generation in the future.  As athletes continue to get more practice and their bodies are built around the sport from the ground up, we will continue to see higher level of mastery. 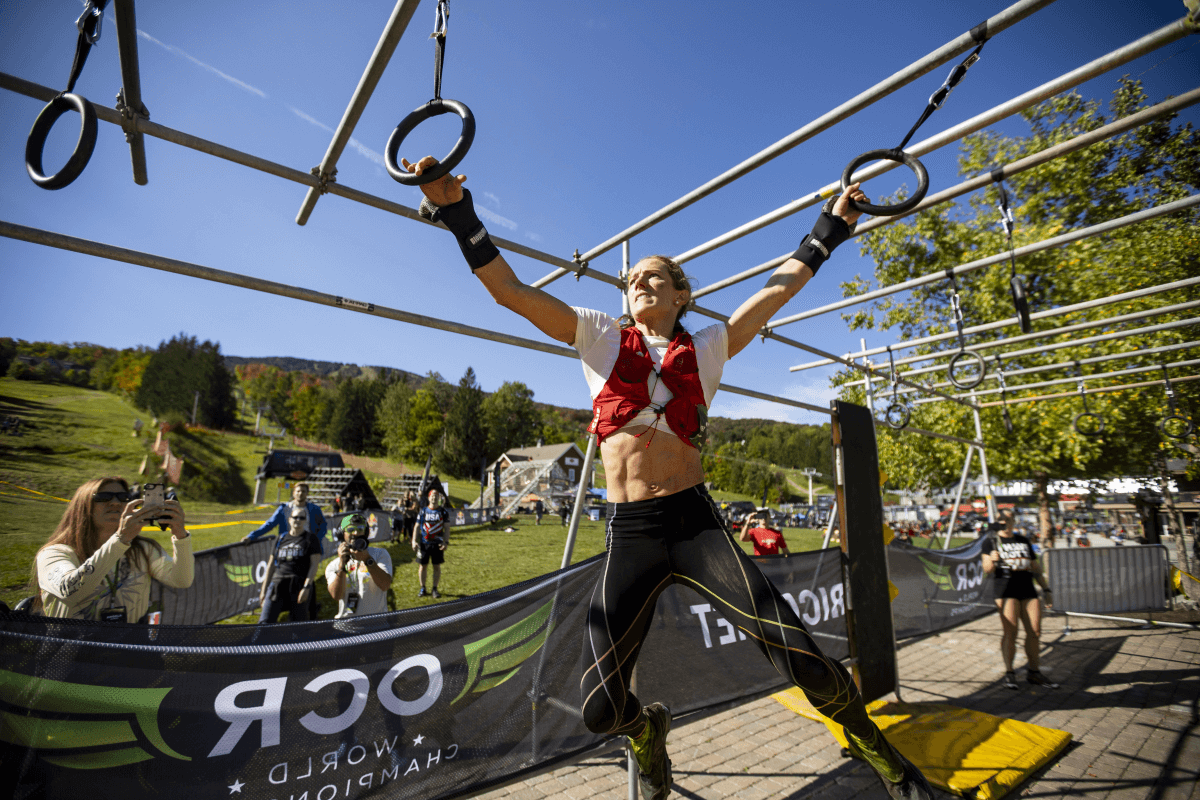 If you’ve been training for a year and have only run a half dozen races wondering where all the glory is, be patient.  Fitness improvement takes time…like a really long time.  If we use the 10,000-hour rule and you practiced two hours a day every day, all year without taking rest days, it would take you 13.5 years to hit 10,000 hours.

Using myself as an example, long before I ever stepped onto the trail of an OCR, I had spent my childhood playing soccer, three years of mediocre Cross-Country training in high school and another four years of training before I ran my first marathon.  I then bounced around doing all sorts of sports (marathon running, 5k races, triathlons, natural bodybuilding, powerlifting, cycling, etc.) for a decade before my first OCR.  I didn’t feel like I was really getting the hang of it until at least more than two years of consistent racing which included four 24 hour OCRs, a week long Ultra-OCR charity event called OCR America and more than 30 races.  Bottom line, that’s a lot of practice.

If you find something you enjoy, stick with it.  In high school I was one of the slowest kids on the Cross-Country team.  At the start of college, I was still below the average but by the end I was above average.  A decade of training later I would do my first Ultra-OCR and finally reach a level I would classify as success.  If there is one thing I learned over those years it is this:

Most people lose interest in a sport or fitness long before they ever reach their full potential.  They will train and perform for a couple of years and then move onto something else.  My improvement has been slow and steady but all the guys who I know that were in better shape than me just stopped training at some point. 3. The longer your race the smaller the gains

Ever started training with someone that’s new to fitness and they appear to get better literally every week?  It’s so substantial you can actually plot it on a graph showing improvement.  Once those neurological changes take place, the changes in your musculature and cardiovascular system will take time.  Often the improvement may be so small you may not even realize you are getting better.  I point to the above comment about “sticking with something you enjoy”.

The closer you get to 10,000 hours the smaller the improvements will be.  You may have to look back a couple hundred hours in training to see the change or you may need to track trends instead of individual performances.  Ask someone who has been in the sport more than two years what they had trouble with two years ago and see if that is still their main issue.  I know personally the obstacles that gave me consternation two years ago are not even second thoughts now.  Obviously you can always be faster, which is always a concern, but as far as proficiency on obstacles I know personally I’m at a level way above the version of myself from a couple of years ago.

Take a moment to check out this video from Stoke Shed (a Tulsa based multi-media company that covers OCR), about training and making breakthroughs on Conquer The Gauntlet’s Pegatron.

In today’s digital world, everything is available instantly.  I can download any movie, any book, any song directly to my phone while sitting on the toilet.  Instant gratification is everywhere.  With mastery of any subject, it still requires a lot of time and you must love what you are attempting to master.   Luckily for us, OCR is such a diverse sport the number of things to train including running, balance, grip strength, back strength, heavy carries and more is so broad it keeps things interesting.  It also makes the 10,000 rule a little more complicated…is that 10,000 hours of OCR running, 10k of trail running, 10k of obstacle practice or 10k of combined cumulative activity?  Either way one thing is certain, if you want to get better, start training, stay consistent and be patient.  You’ll find consistency and persistence will allow you to outlast many of your peers.

Want to know how I used the 10,000-hour rule to set some OCR records?  Pick up my latest book Ultra-OCR Man: From Special Forces Soldier to Record Setting Professional OCR Athlete. 100% of the profit of hard copy sales goes to the charity Folds of Honor, providing scholarship money to children whose parents were wounded or killed in US Military service.  Plus, look for the documentary “Ultra-OCR Man” being produced by Stoke Shed in late 2021. 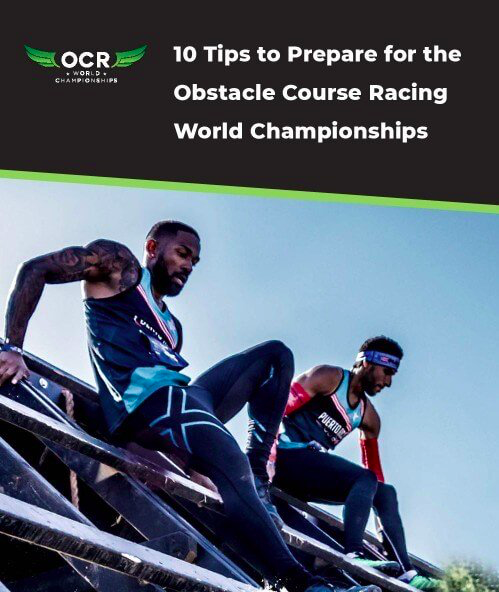 How to Prepare for the OCRWC
Not sure if you're ready for the OCRWC? You will be with these tips from the athletes at OCRWC HQ!
Download Now

Evan "Ultra-OCR Man" Perperis is a National Strength & Conditioning Association- Certified Personnel Trainer (NSCA-CPT) and an athlete on the Conquer The Gauntlet Pro Team with 55+ podium finishes including 2nd place Pro Coed finish at 2018 North American OCR Championship. He is best known for his annual ultra-distance charity events for Folds of Honor including a 48 hour multi-lap and the 8 day OCR America. Additionally, he is an author of more than 250 articles and six books on Obstacle Course Racing. Community/ News
< 1 min read
10,000 Hour Loophole
In one of my latest articles I talked about the importance of the 10,000 hour rule.  The rule postulated by…
Read More Community/ News
< 1 min read
Is DEKA FIT and HYROX OCR?
Obstacle Course Racing (OCR) is still a relatively new sport so the exact definition morphs over time.  Furthermore, with no…
Read More
Need more info?
We’re here to help. Drop us a note and a team member will get back to you.
contact us
slatnt
News Signup
Stay up to date with OCR news, rankings, insider info and more.